Warning: spoilers, a little bit, but spoilers ahead! Warning 2: it’s only my opinion here, ok?

I was excited about “A year in the life” and started to watch all the 7 seasons again, in a glance! And just amend watching the 4 episodes of the Gilmore Girls revival  Everything to enjoy and to not lose any details.

I really enjoyed the show when I was a teenager, I was 12 years old when the series premiered. Poor girl, she turned on the TV and dreamed of being Rory or Lorelai.

But, after seeing all the seasons and seeing the boom of people saying that the series was an example to be followed. That Rory and Lorelai are personal goals, “feminists and empowered”?

I do not know if I can agree … But, I will not be unfair.

Gilmore Girls have a lot of good humor in the script, a precise writer and good placed dialogues With irony, humor and legal references for those who enjoy nerds.

It’s a good TV show to watch that puts women on the agenda at a time when this was not common. It is a complete dramatic comedy that addresses themes without weighing the context. It speaks of family, social class, relationships and life in general. It has everything a series needs to be a success.

That’s why it’s a success!

I watched all seasons + revival and today I can not see Rory and Lorelai as “goals” anymore. In my opinion, the series portrays stereotypes and patterns, but does not question them.

Even though she is much loved in Stars Hollow, Lorelai is seen as promiscuous, unstable and “sleeping every day with one”.

In the second or third season, a neighbor says to another almost this of her and still calls Lorelai of “poor thing”.

The stereotype of Paris, Lane and even Sookie reinforces the “negative” side of them be as they are, of the choices they make and what they become.

Gilmore Girls shows free women but reinforces the image that if you go like this you’ll be the bitch, the loser, the frustrated, the unhappy.

My biggest annoyance is EVERYONE thinking Rory and Lorelai are examples to follow!

I’ll start with Lorelai who is selfish and self-centered to the end. You know, she wants to live the life in her way, good? Ok, me too. I reaaly want to be more selfish in next year #goal

But, she goes over people without caring. Even needing the help of these same people in the past or in the future.

Neither Mia, who adopted her and Rory baby, receives calls or visits of consideration – even being the owner of the Independence Inn.

She does not care about anyone but her or Rory. When Rory fall down she keeps the girl on a pedestal to the world. But, massacre the girl inside the house with the intrinsic judgment of “that’s not right,” but she did the same thing in the past.

Even with Sookie and Michel, Lorelai does not have the gift of true friendship, nor the exchange of a business society. She is bossy, does not care about her friends problem, the conversation always returns to her problems. Lorelai still uses everyone as her employees to satisfy her wishes …

Note that Lorelai does not fight in the series, has scenes of discussion, but the end is the same. Everyone bows down to her and obey what she wants.Deep down I think it’s because she’s a victimizer. Or because people see her as “the problem” we’ll make her happy …

There is a scene in which Taylor during the assembly expounds this point of view. He tells Lorelai that he understands that the city was kind and welcomed her with the baby. He says everyone treats her with love and is proud of her and Rory. But that will not give in to her whims “like everyone else.”

Not to mention that Lorelai lies all the time, more than omitting her own mind and stealing things all the time. As if the world owed it to her!

In with parents, Emily and Richard, it is tense to speak of forgiveness, understanding, and so on.

But, I think that if Lorelai had the freedom she wanted, with her parents’ money and her behavior, she would be part of the Life and Death Brigade. Rich, spoiled, bad and swaggering.

Now Rory is a walking distorted pattern and reproduces the behavior of the mother all the time.

It grew in a glass flask of perfection, being a standard of reference. Accustomed to always being the best girl in town, applauded and helped.

When that changes, it turns out to be: repressed, spoiled, selfish, and irresponsible.

She proves this when she falls in love with Logan and the benefits he brings. Always involving expensive ballads, drinks and lots of money from his father being spent.

Her scene with the pizza delivery friend at the expensive restaurant. Logan invites her, and she accepts even having combined something else with her friend. Logan pays his account and his “poor” friend counts coins to pay. She does not even touch him until he speaks, proves that she, like her mother, thinks of no one. She even tries to show empathy, but deserves to lose her friend!

At a dinner party at Luke’s sister’s house, she does not give a man a hand because he does not have a finger. She just does not greet him and looks disgusted at her mother …

Perfect girl, but no education, no empathy: bubble!

Rory throws all the help she’s always received in the trash when she decides to quit college. A fact that only happened because someone dared to say that she was not perfect.

Logan’s father who says she has no talent, after she trains for him!

She plays in the trash twice, when after 9 years she has no job, money, no house and has an affair with a committed guy – again Rory?

Rory had everything to be very successful and independent in life, but it’s not. All she got was with the help of other people. When the time comes, she returns to her mother’s house, unable to stabilize her life.

She never had to go beyond her obligation to study and get good grades to live on. This is not an effort for me, calling grandparents and asking for money, and having a rich boy paying for everything (pension) is not an effort at all!

All his life, Rory received favors. To study, get interviews, internship/job and still need to have somewhere to eat, sleep, live.

When real life has come, even with Logan’s financial support, support and cheer, it fails.

Failure, but spits on some dishes, see? Because the opportunities have to be perfect for the perfect Rory.

Rory returns lost to the home, without direction and with the same spoiled behavior of the mother, crying and does several stupid in a row.

Rory, in the end, is a great person but, failed.

To close the cycle. Lorelai’s life is “perfect.” There’s Luke who loves and licks her boots, Dragon Fly going really well, but she’s starting to freak out. Because? Because she does not know what he wants out of life, if it is to have children, to buy another , to officialize the marriage.

Already in the grief of Richard we see Emily suffering in her way, but will try to make sense of life. Get an occupation and adopt/accept the maid’s family.

Already Lorelai, can not get over the hurt, can not forgive. Neither to help her mother mentioning a good memory of her Father.

She needs to , play a big child and will only call Emily months later.

The affective relationships of the two have always been problematic. I do not think they knew how to “choose”, do you understand?

Rory’s boyfriends were never in the same timing as her, or Lorelai’s. Relationships went away because they did not know what they wanted , they got sick and it was done. Even Lorelai with Luke, watch the outbreak of the last few episodes.

In some season I remember Lorelai saying that she wanted Rory to be different from her.

So it is a shock when in the last episodes Rory appears identical to Lorelai. An adult woman with a child’s attitude.

Both fit well in the ” generation” that this BR article says – the article generalized the generation of people that have everthing ans do not want to do really efforts to be good in life.

I’m not saying the show is bad, but there’s a lot to question.

Everything about the Gilmore Girls is defectively human. Maybe that’s why we understand this punch in the face that was the revival.

There are some good moral lessons hidden in this dramatic comedy series. If you do not have seen, watch again is there! 😉 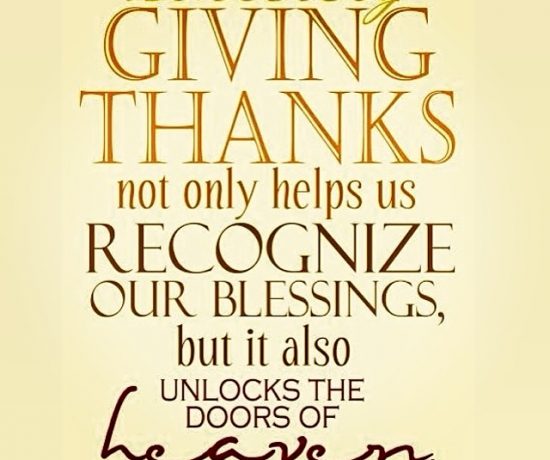 An attitude of gratitude: Reasons to thank! 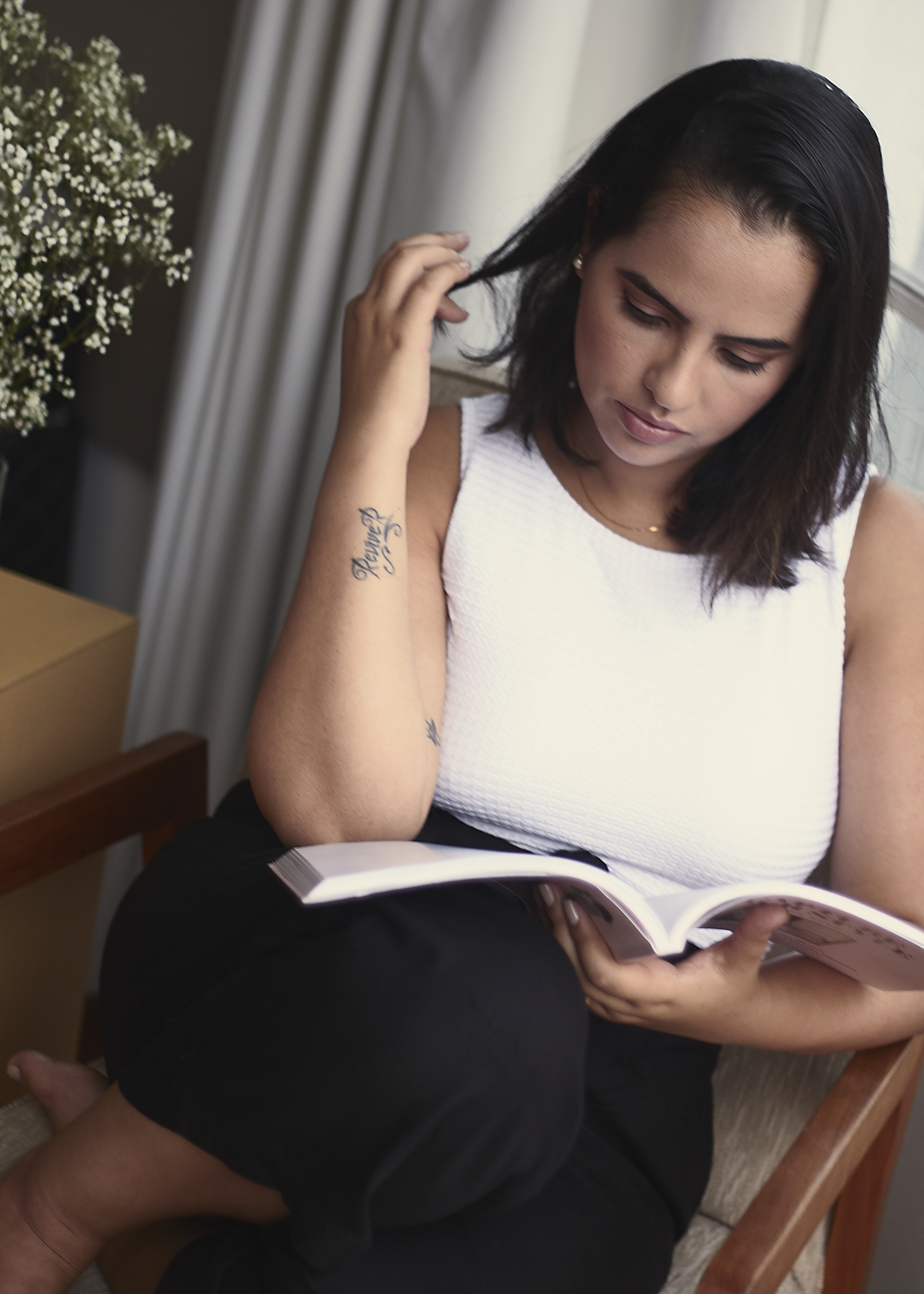